Plant based diet and asthma: which foods to focus on and which to avoid!

Although asthma is an incurable disease, it is possible to achieve adequate control and treatment in order to improve the quality of life. Following a plant-based diet can help with this goal.

Plant-based nutrition encourages the consumption of foods of plant origin in their most complete, natural, complete, unrefined and minimally processed form (including foods such as whole grains, vegetables, fruit, legumes, seeds, oil fruits and healthy fats), not including animal foods.

Recently, a new and wide-ranging review published in the Nutrition Review at the University of Oxford was able to analyze the associations between asthma and consumption of some foods such as fruits and vegetables, dairy products, eggs and saturated fat, with plant-based nutrition as a tool powerful to prevent and control asthma, while some animal products such as dairy products and other high-fat foods increase the risk and aggravate your symptoms.

According to the Portuguese Society of Pulmonology, asthma is a chronic inflammatory respiratory disease of the bronchi, resulting from their narrowing, causing a sensation of difficulty in breathing and wheezing.

This is a disease that, according to information from the World Health Organization, affects about 235 million people in the world of all ages and genders, and in Portugal it is estimated that it affects more than 600,000 people, from children ( 11% of our children) to adults (5% of adults).

Despite being an incurable disease, it is possible to achieve adequate control and treatment in order to improve the patient’s quality of life. Simultaneously with the traditional pharmacological approach, monitoring nutritional status, physical activity, and food intake is also essential, and the association between food and asthma has been addressed in several studies over the years, showing some promising results with potential clinical impact.

One of the first works that suggested a plant-based diet as a potential treatment option for asthmatic patients dates back to 1985 in Sweden, where its authors tested the effect of changing the dietary pattern for a vegan-type plant-based diet on a set of 35 patients with severe bronchial asthma over 1 year. There was a significant improvement in several clinical variables, including mainly pulmonary function meters, as well as a significant decrease in antibodies associated with the allergic process (such as IgE and ESR), improvement in cholesterol, blood pressure and weight loss. an average of 8 kilos per patient.

The accumulated scientific evidence, including an international study of asthma and allergies in childhood and adolescence, which covered more than one million children, revealed as a protective factor, among the prevalence rates of asthma, allergies and eczema, the ingestion of starchy foods, cereals and naturally rich in antioxidants like fruits and vegetables.

The variation in the consumption of foods rich in antioxidants has also been shown to directly affect the condition of the asthmatic patient, and the omission of foods rich in these components, even for a short period of time (10 days), has led to the worsening of some symptoms of asthma.

Within these antioxidants from the diet we can include nutrients such as vitamin E and C, carotenoids, flavonoids and selenium, positively associated with lung function in patients with and without asthma. Similarly, increased intake of dietary magnesium sources and a low-salt diet are associated with a positive effect on asthma with improved lung function in patients with exercise-induced asthma.

Vegetable-based diets, as they emphasize the consumption of foods such as fruits, vegetables and whole grains, are also rich in fiber, which has been positively associated with improvements in lung function.

Foods to Avoid in Asthma Control and Treatment

The results of a pilot study that looked at the effect in children with asthma of excluding milk, milk products and eggs for 8 weeks, showed an improvement of an average of 20% in their peak expiratory flow, but they have not been significantly changed in controls, thus lacking this potential connection between dairy products and clinical symptoms from large-scale and longer-term studies.

The mechanisms by which dairy products influence the development or course of asthma are not yet clear, and may include a positive association between the consumption of milk proteins or fats and their derivatives and the pro-inflammatory interleukin 17F, which in turn plays a role mediating role in the development of asthma.

A diet rich in saturated fats, sodium and low in fiber and carbohydrates is related to bronchial reactivity in asthmatic patients, while a plant-based diet is associated with lower rates.

However, until now, the direct scientific evidence that evaluates the prevention and control of asthma through food, namely plant-based, still lacks intervention studies in order to confirm and substantiate these associations. 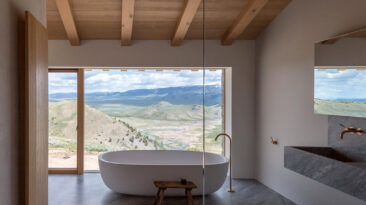 Bathroom Designs that are your personal space to escape to and de-stress!

Bathrooms are often ignored, but in all honesty, they shouldn’t. They’re the little alcoves we spend a substantial amount of our time in, carrying... 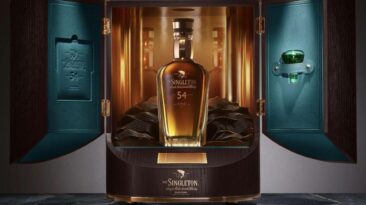 If you’re a whisky enthusiast – this one’s for you! Diageo’s ‘The Singleton’ has recently released the brand’s oldest single malt to date in the form...

Ideally, Harrods is the go-to place for luxury goods in London. However, the departmental store was recently subjected to heavy criticism for selling... 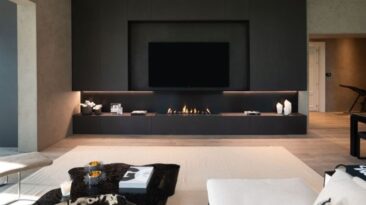 In one of the most incredible cities in Europe, Prague, an amazing contemporary and sophisticated project is born by UZCA designs. The worldwide... 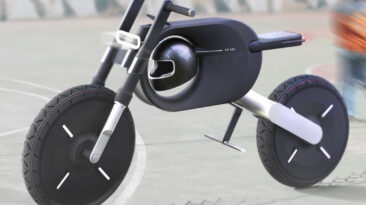 This geometric electric motorbike keeps your helmet snug right in the middle!

Electric bikes for cities must have a design that looks stylish while having enough power under the hood to deal with the needs of demanding users... 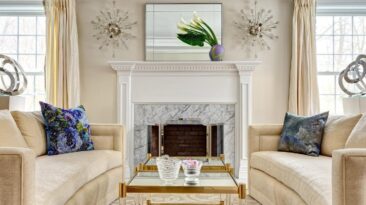 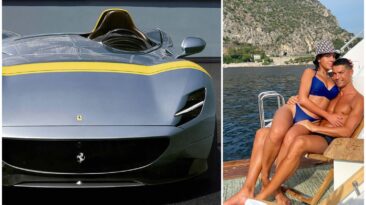 After skipping his training, Cristiano Ronaldo casually went to the Ferrari factory and bought himself a limited edition $2 million Ferrari Monza

If you’re a diehard soccer fan, you might be aware that things are not quite good inside the locker room of Italian club Juventus and various reports... 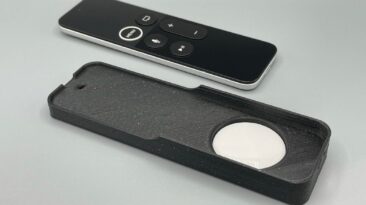 I’ve often felt like Apple‘s multiple product departments work separately, with a minimal informational exchange. How else would you explain the fact...