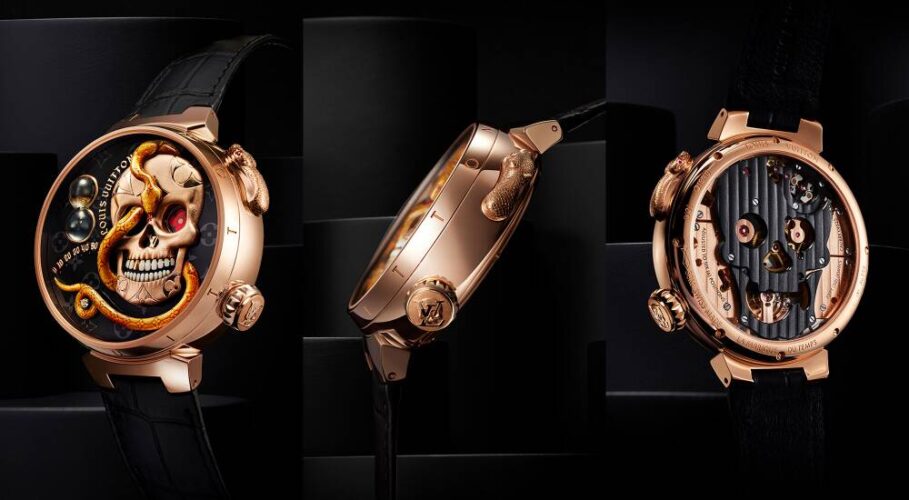 Faithful to its values of artisanal craftsmanship and innovation, Louis Vuitton has revealed new watch creations for the online Watches and Wonders 2021 event. The Tambour Carpe Diem features bold high-watchmaking virtuosity, while the Tambour Curve GMT Tourbillon Volant, another high-watchmaking timepiece, is an invitation to new horizons. And with the Tambour Street Diver, Louis Vuitton continues its horological journey into the unexpected.

The highlight of Watches and Wonders week, the Louis Vuitton Tambour Carpe Diem, understandably caught everyone’s attention. This virtuoso timepiece is the fruit of two years of technical development at the Fabrique du Temps Louis Vuitton. It combines an exclusive high-watchmaking caliber with a Vanitas theme.

This jacquemart (functional automaton) watch shows the time on-demand without using hands. Activating a push-piece in the shape of a serpent’s head brings to life a miniature tableau on the watch face. A lifelike rattlesnake slithers and its tail reveals the minutes. Monogram flowers appear in lieu of an eye in the skull showing the hour, while the  jaw opens and the poet Horace’s famous phrase Carpe Diem emerges. “Our aim was to get off the beaten track,” explains Michel Navas, Master Watchmaker at La Fabrique du Temps Louis Vuitton. “We wanted to bring to the jacquemart our vision of the 21st century with all the energy and creativity characteristic of our brand since it began producing watches in 2002.”  The Tambour Carpe Diem includes additional watch complications as well: a jumping hour, a retrograde minute, a power reserve display and the mechanism of the automata. The LV 525 caliber was entirely developed and assembled at La Fabrique du Temps Louis Vuitton, and is currently the subject of several patent applications. Assembled in the shape of a skull, the caliber is visible on the back of this exceptional timepiece. Louis Vuitton called on artisans Anita Porchet for the enameling and Dick Steenman for the engraving, applying meticulous savoir-faire to create an audacious contemporary aesthetic.

First introduced in 2002, the Tambour watch collection has continued to expand with new timepieces. Another Louis Vuitton high-watchmaking creation, the Tambour Curve GMT Tourbillon Volant features a shape that evokes the Curve Tourbillon Volant Poinçon de Genève, revealed in 2020. Conceived for those with the travel spirit, this perfectly proportioned watch catches the eye with the convex curve of its bezel and crystal. Two push-pieces on the right display a second time zone. A “V” for Gaston Vuitton punctuates the dial on the flying tourbillon carriage at 9 o’clock. The silhouette of an hourglass is visible at the center of the dial of the watch, which is available in titanium, titanium and pink gold or titanium and meteorite.  The hour markers follow the curve of the dial, made from Super-LumiNova® luminescent material for a powerful glow in the dark. On the titanium and meteorite version, the luminescent material is replaced by baguette-cut diamonds set into each hour marker. The transparent bottom subtly reveals the LV 82 caliber mechanical movement.

A new addition to the Tambour collection, the Street Diver challenges the codes. Sculpted from a block of metal, the case indicates the position of the hours with the 12 letters L-O-U-I-S-V-U-I-T-T-O-N. Both urban and edgy, the Tambour Street Diver has a sporty outlook and meets all the performance requirements of a dive watch: water-resistance to 100 meters, generous coatings of Super-LumiNova® and an inner rotating bezel. The “Align the V” concept rotates the letter V on the diving scale to align with the color-matched V at the tip of the minute hand, making it possible to check the time spent under water for the first 15 minutes with a vivid color scale. There are three automatic models in 44mm and a quartz version in 39.5mm. All four morph instantly for any occasion thanks to the quick-change strap system.

Louis Vuitton continues this same quest for excellence and creativity in other high-watchmaking timepieces in the Tambour collection. The Tambour Moon Tourbillon Volant “Poinçon de Genève” Sapphire has a case crafted entirely from a block of sapphire. The transparent skeleton design is the first in the history of watchmaking to bear the coveted Poinçon de Genève seal. The Tambour Spin Time Air Vivienne is a stunning women’s High Jewelry creation featuring 12 rotating and tilting miniature Monogram flowers that display the hour in place of classic watch hands. The Vivienne mascot also graces the Vivienne Bijou Secret watch, as playful as it is luxurious, with a design that reveals Louis Vuitton’s mastery of ultimate watchmaking and jewelry expertise. 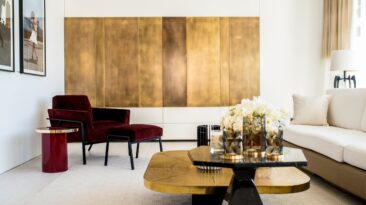 ASH Design might have begun its life in Paris, but has grown to be a standout design firm in London were it has settled for over a decade. An... 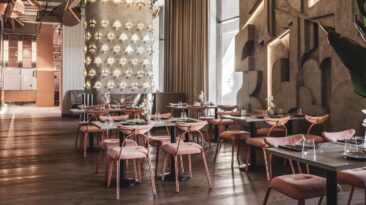 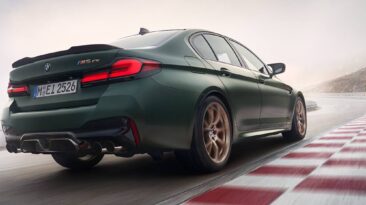 The BMW 5 Series Sedan M Automobiles combine typical M sportiness with the comfort and elegance of a business saloon in an outstanding manner... 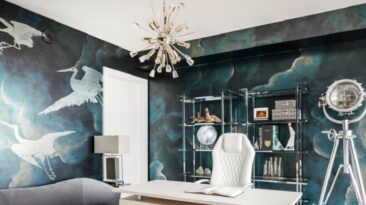 Laure Nell Interiors is led by Laetita Laurent who focuses on creating spaces where customers can feel inspired, refreshed, and comfortable. Mainly... 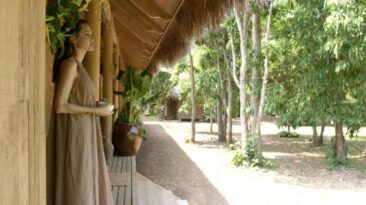 The world needs to take their bee-business seriously and Angelina Jolie will show them how with help from Guerlain. The French cosmetics brand and... 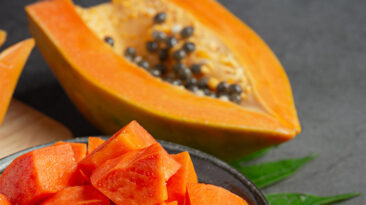 The benefits of papaya seeds

Have you ever tried eating papaya seeds? Discover its benefits. Papaya is a tropical fruit, very popular in summer breakfasts for its freshness... 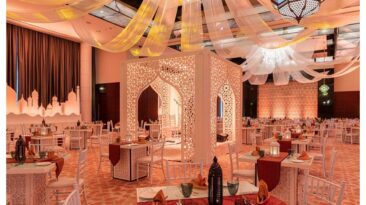 A sumptuous affair at The Address Dubai Marina

As we know it, during the Holy Month of Ramadan, the spirit of togetherness is in the air. And where there are festivities, there is food. While... 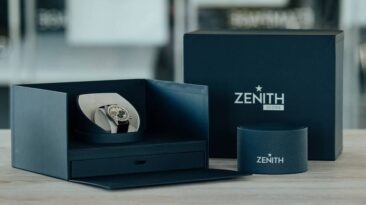 Zenith ICONS, a second life for the manufacture’s most emblematic vintage timepieces

With Zenith ICONS, the Zenith Manufacture gives watch enthusiasts a chance to own a piece of watchmaking history. This highly exclusive collection of...