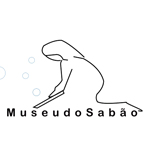 The Belver Saboeiros
Taking advantage of the abundance of raw materials necessary for the production of soap, the Alto Alentejo area, and particularly the Castelo Branco area and neighboring counties, have had decisive importance in the national soap industry since the second half of the 16th century.

In such a way, that its soaps of Soft Soap and Soap of Stone were well-known in all the kingdom.
The production of soap assumed undeniable economic and social importance in the village of Belver. A Royal Soap Factory was installed in this location, which operated under a royal monopoly regime, of which there are still vestiges. A royal concession economically energized the parish of Belver and some workers from real soap factories, taking advantage of the knowledge acquired and the availability of the main raw materials, created their own craft industries when this monopoly ended in 1858.

These craft industries or Sabão Mole houses, as they were designated, they were constituted as small productions of a strictly family character, passing from generation to generation. After being packed in its own twill and burlap bags, the soap was used mainly for washing clothes and fabrics. Transported outside the municipality by muleteers, who moved on donkeys, when the distances were greater, the soft soap was transported by the Tagus River in barges. The production of soap in these molds lasted until the first half of the 20th century, being for several decades a structuring element in the economy of the Belver region. Of that production, only oral records of the descendants of the last soap producers remain today. The recovery and transformation of the old Belver primary school in the Soap Museum aims to create a space for dissemination, of knowledge acquired by our ancestors and to pay homage to the collective memory of the Belver soapmakers.

Please log in to be able to send messages to the listing owner.